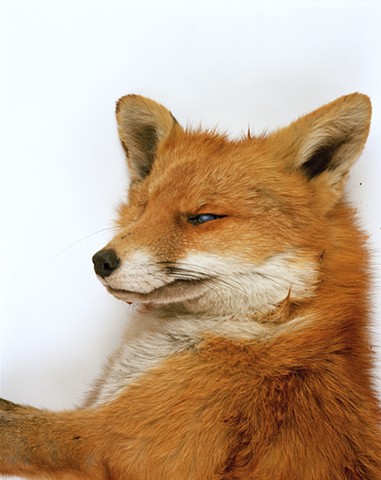 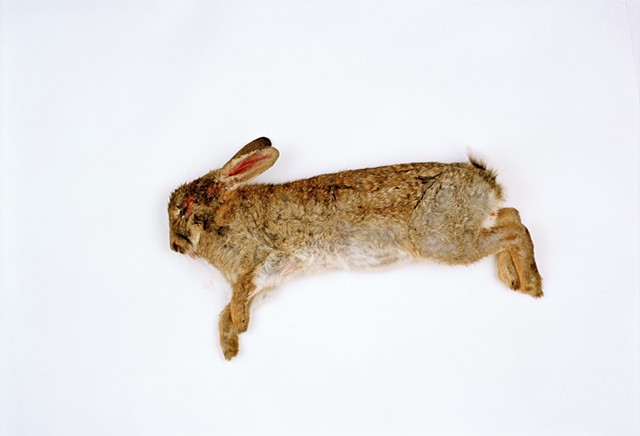 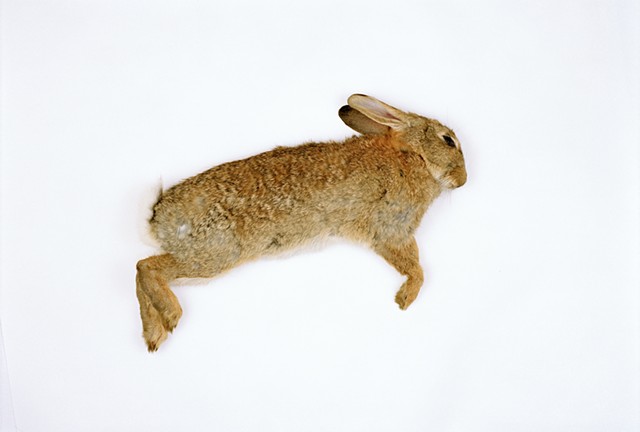 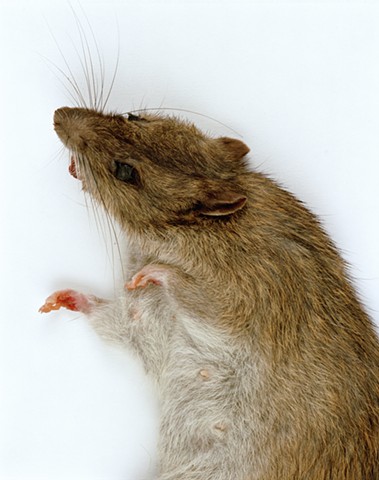 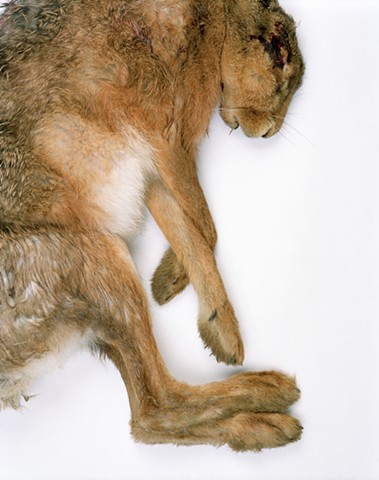 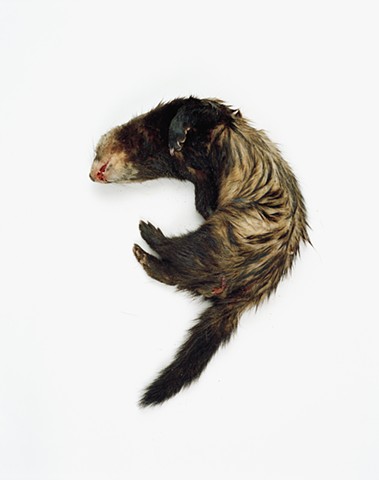 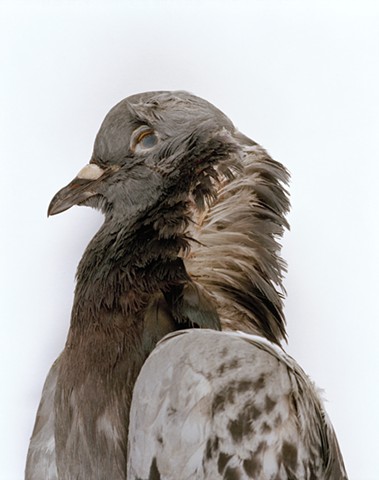 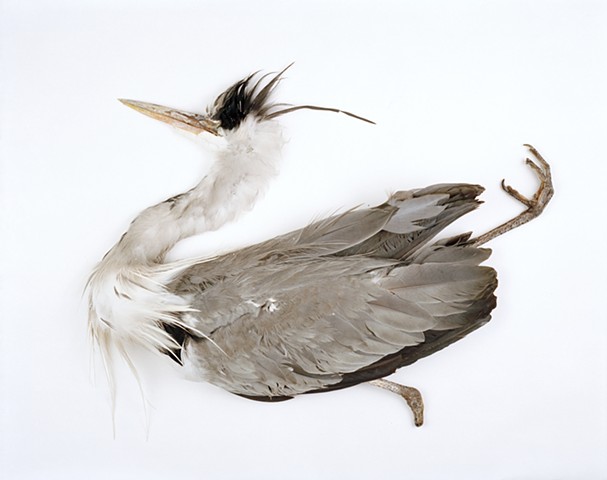 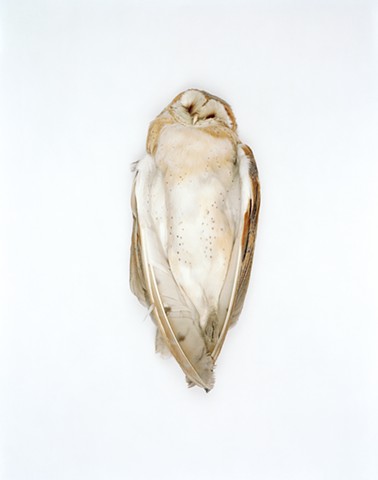 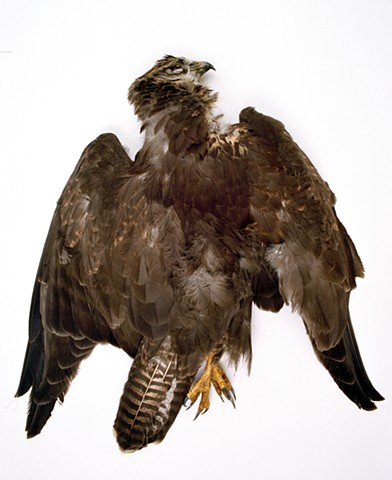 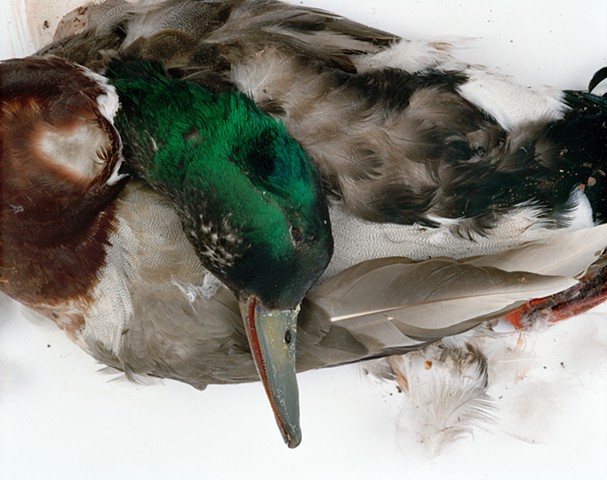 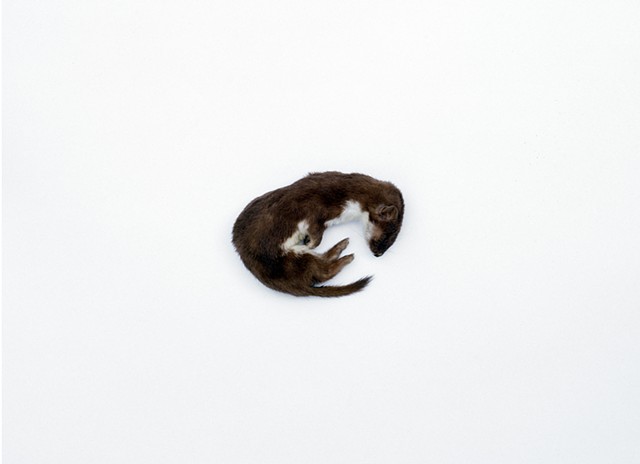 (Text from the book Still Wild) nature morte At the moment that Sarah Engelhard brings her sharp focus to the fur or feathers of these mammals or birds, they have already breathed their last. The most remarkable thing is that most of the bodies seem intact – Engelhard deliberately leaves the wounded body parts out of the image. Isolated from their natural surroundings, away from their habitat and photographed against a white background – it is as if they have been drawn out from beneath a burial shroud. The bodies lie still, invisibly unnatural positions: twisted, absolutely still. There is clearly something wrong. They are dead, but not yet affected by decay or rot. The animals still have some of their natural radiance. Seen from this point of view, they are caught in a moment of time: the moment between transitory life and eternal death. There is a piercing and considerable difference between the very untraditional photographs of Sarah Engelhard and the photographs of animals we usually see, for instance in biology textbooks or nature magazines. Life is self-evident in nature photography. If there is a tradition this work fits into, it is that of the painted “vanitas still lifes” (in this case, the Dutch ‘stilleven’ and the English ‘still life’ seem less suitable terms than the French ‘nature morte’). Here, in these photographs, we are also confronted with the finality of existence and the transitory nature of life. But there is also an important difference. These animals died at the hands of humans, run over by high-speed traffic. Sarah Engelhard found them by coincidence or through the urban ecologist. Here we find no reference to any higher virtues than the worldly values to which we have a tendency to cling; here humanity is not warned against its own vanity but against itself. Around these pictures is an atmosphere of irrevocable loss (yet another analogy with the vanitas still lifes). Engelhard plays on the double meanings inclusive in the sentimentality that is ingrained in the very character of the photographs. A photograph always captures a situation that, by the time we look at it, undeniably vanished. Roland Barthes wrote: while looking at a photograph the ‘then, there’ of the photo coincides in a paradoxical way with the ‘now, here’ in which the onlooker finds himself. In this way, looking at one of her photographs becomes a confrontation with the finiteness of all existence and the inevitability of our own death. Only the beauty of the photographs offers us some consolation.