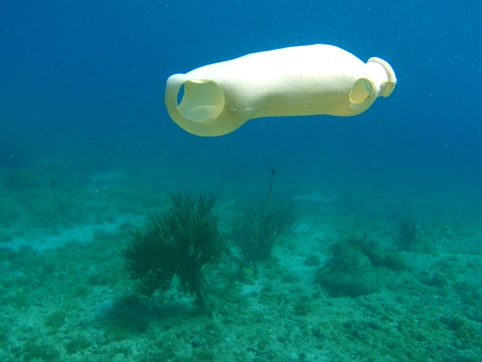 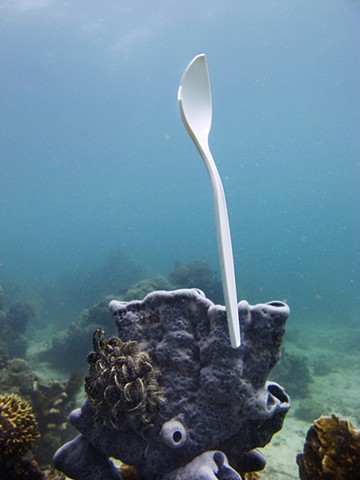 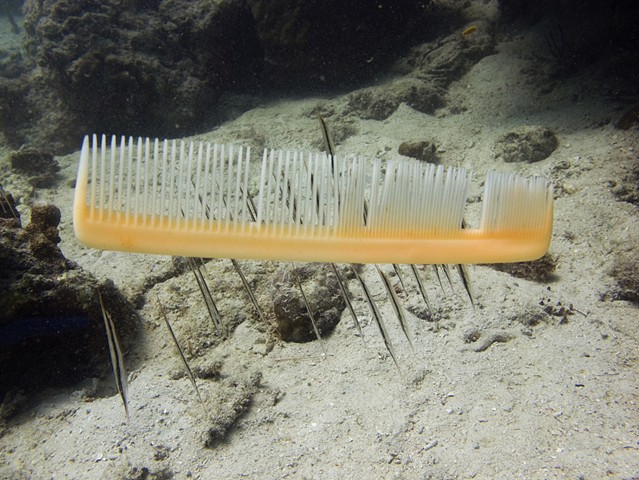 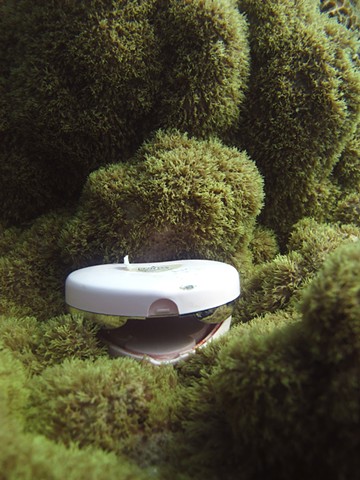 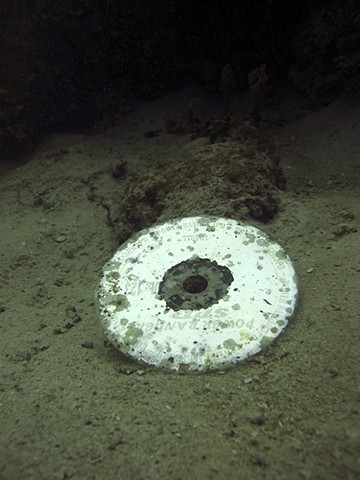 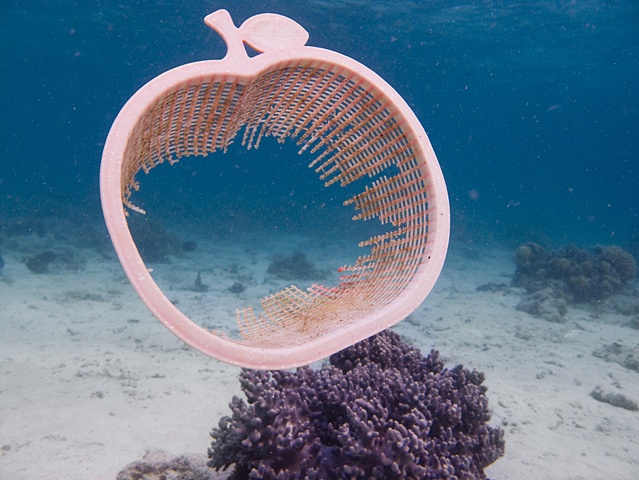 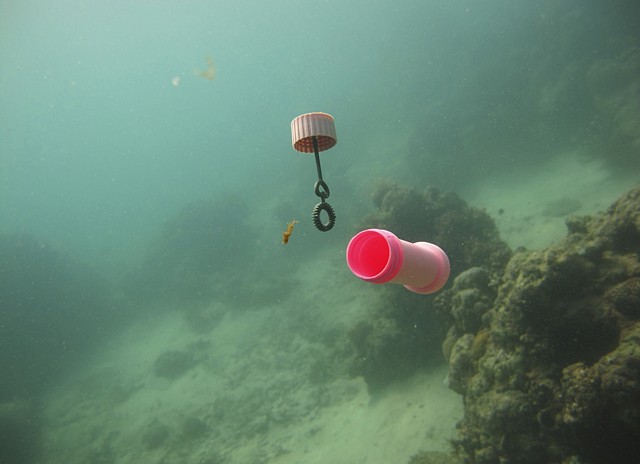 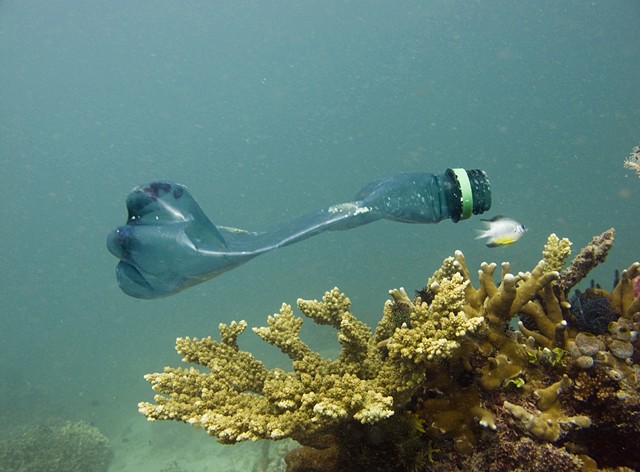 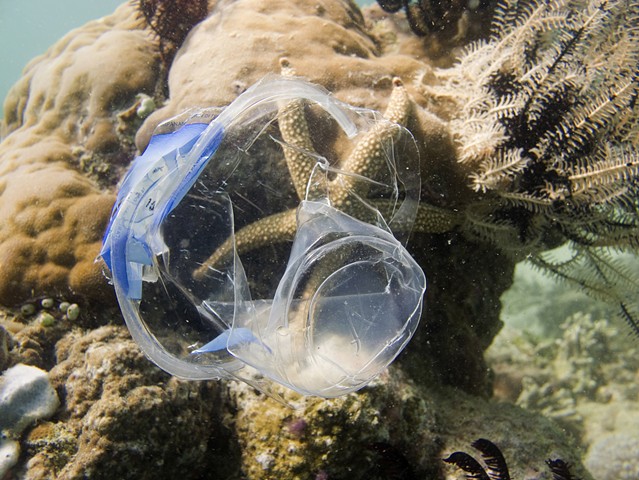 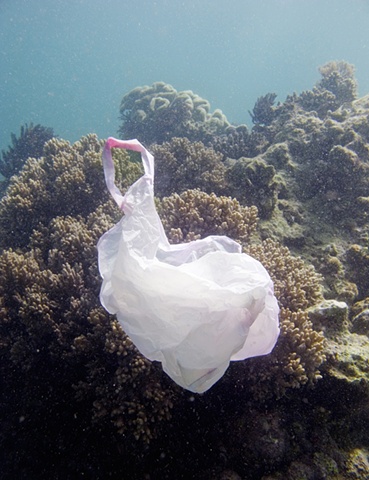 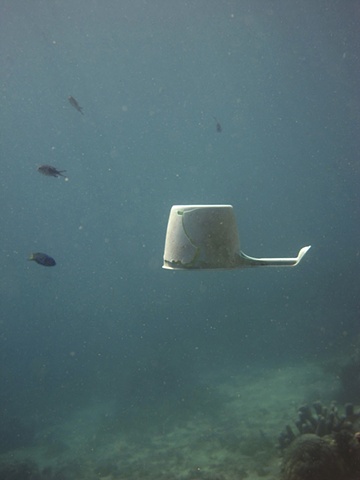 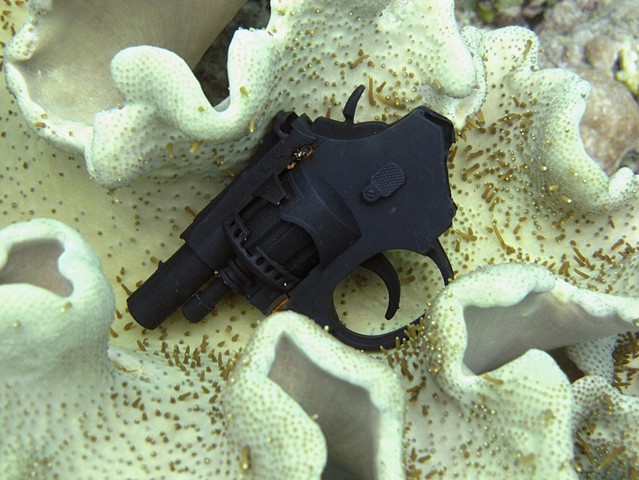 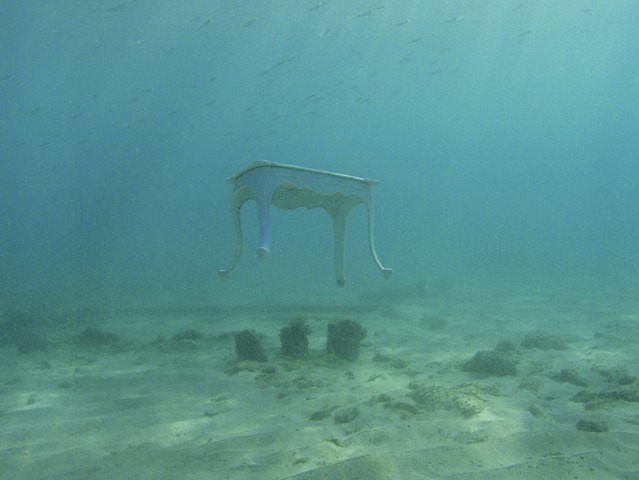 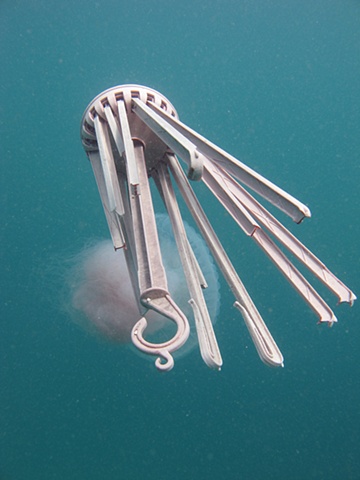 Since the mass production of household plastics in the 1940-50s, plastic products have become omnipresent in our everyday lives. Waterways, wind, ships and beach littering are responsible for much of the transport of plastic waste from land to ocean. Plastics degrade extremely slowly and merely disintegrate in to ever smaller, and eventually, nanoparticles. It is now estimated that if plastic consumption and waste continue at the current rate, in 2050 the mass of plastic will be greater than the mass of fish in the ocean (Ellen MacArthur Foundation). The detrimental effects of plastics in the marine environment range from physical entanglement to release of toxic compounds.

The photographed objects had been in the ocean but were collected from the beach on the islands Curaçao and Derawan. The objects were photographed underwater at a depth of 6 to 9 meters.

This project was funded by the Mondriaan Foundation.